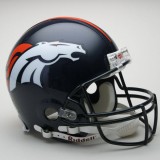 If you’re a Peyton Manning fan you’re a happy camper today! The game was all defense but the old man pulled out one more victory. I was pleasantly surprised and thought the commercials were a little better this year. I liked that there were more fun and zany ads, which was a nice change from the last 2 years. There also weren’t as many early commercials released last week. I think that trend peaked 2-3 years ago and the $5 million for 30-second price tag probably has something to do with it; companies just can’t afford to make multiple spots for a viral campaign.

The over-the-top Doritos and Snickers campaigns returned, no GoDaddy ad for the first time in several years, and everybody is talking about a Puppy Monkey Baby today. You can watch ALL the commercials from the game on this Ad Age link. Here are my favorites:

Some other ads that deserve honorable mention were the NFL Super Bowl Babies and Amazon Echo Party. I thought both of those were very well done, but this year belonged to zany off-the-wall spots. What were some of your favorites? What did I leave out? Let me know what you think.

« The Advertising Rules
The Digital Marketing Struggle for B2B Companies »